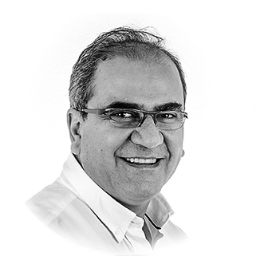 Prof. Louis Hardan, head of the restorative and esthetic department at Saint Joseph University Beirut-Lebanon.He graduated dentistry in 1989 and continued his post-doctoral education at Saint Joseph University; he obtained a certificate for basic science in 1993, he completed his specialization in restorative and esthetic dentistry in 1995, and completed his PhD in oral biology and materials in 2009.He was an active member of the Lebanese Dental Association (LDA) (2006-2009) and was assigned as a general secretary of the LDA in 2009.At the present, he is an associate professor at Saint Joseph University and owns a private practice in his home town Byblos.He is an honorary and active international Styleitaliano member.He is the inventor of Smile Lite MDP (Smile Line, Switzerland) a device to take high quality dental pictures with a mobile phone and Posterior Misura (LM instrument) an instrument for direct posterior composites.Prof. Hardan has many publications in international journals and has given several lectures on esthetic, restorative dentistry and mobile dental photography.

2. Dental Photography Conference – Ready to take (not only) your photography to another level?

Hilton Hess András tér 1-3, 1014 Budapest - Budapest, Hungary Start: 17 September 2021| End: 18 September 2021 € 696,80
What Is The Dental Photography Conference? Dental photography and scanning are a core part of diagnosis, treatment, documentation, and communication in modern […]
View More
This website uses cookies to improve your experience. We'll assume you're ok with this, but you can opt-out if you wish. Cookie settingsACCEPT
Privacy & Cookies Policy