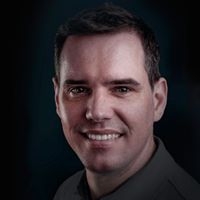 Sascha Hein commenced his training in dental technology of Germany where he graduated in 1997. He then subsequently worked in a number of dental laboratories in Europe and the United Arab Emirates. In 2001 he completed further studies in dental ceramics under Masahiro Kuwata in Tokyo, Japan. In 2004/05 he attended Master School in Freiburg, Germany where he graduated top of school and won silver in the annual Kanter Award Competition which premiers Germanys top three Master School students. In 2007 Sascha Hein was inducted into the international Oral Design group by founder Willi Geller. Since 2011 he serves as editorial board member of the German Quintessence of Dental Technology. In 2012 he was inducted into the Bio-Emulation group, under which he conducted independent research, which lead to the development of the visual_eyes liquid and the fluor_eyes flash system for fluorescent dental photography. He lectures internationally and has authored numerous publications, including the 2009 and 2011 QDT Yearbook. After spending twelve years in Perth Western Australia, Sascha Hein returned to Freiburg, Germany where he now lives and works.

2. Dental Photography Conference – Ready to take (not only) your photography to another level?

Hilton Hess András tér 1-3, 1014 Budapest - Budapest, Hungary Start: 17 September 2021| End: 18 September 2021 € 696,80
What Is The Dental Photography Conference? Dental photography and scanning are a core part of diagnosis, treatment, documentation, and communication in modern […]
View More
This website uses cookies to improve your experience. We'll assume you're ok with this, but you can opt-out if you wish. Cookie settingsACCEPT
Privacy & Cookies Policy