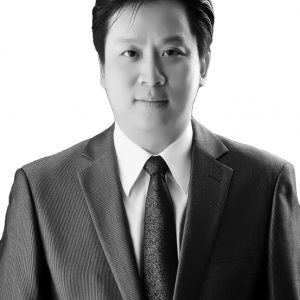 Asst. Prof. Chatchai Kunavisarut, DDS, MS, Grad. Dip. In Clin. Sci. (General Dentistry) Chatchai Kunavisarut received his DDS (with honors) from Prince of Songkla University, Thailand in 1994. He received a Master of Science in Prosthodontics from the University of North Carolina in Chapel Hill in 2000. During his training, he was awarded the 2nd place John J Sharry Prosthodontics Research Award from the American College of Prosthodontics and the Turner Award from the University of North Carolina. In 2002 he received an ITI Scholarship and completed his implant training at the Center for Implant Dentistry, University of Florida. He is an ITI Fellow and has been the ITI Education Delegate for ITI Section South East Asia since 2011. He is currently working as a Deputy Dean for Graduate School, Mahidol University, Program Director of the General Dentistry Residency program and Clinical Director for the Joint Master program in Implant Dentistry and Dental Surgery between Mahidol University and International Medical College, Munster, Germany.

Date: 17 April 2020 | TIME: 08:00
Custom abutments and titanium-base abutments are most commonly used in oral implantology. In this webinar, participants will learn how to select the […]
View More

Singapore Expo - Max Atria, Hall 1 & 2 21 Upper Changi Rd E 486065 Singapore - Singapore, Singapore Start: 14 May 2020| End: 16 May 2020 € 0,00
This is the largest event in the implant dentistry calendar worldwide and takes place every three years. It draws participants from all […]
View More
This website uses cookies to improve your experience. We'll assume you're ok with this, but you can opt-out if you wish. Cookie settingsACCEPT
Privacy & Cookies Policy