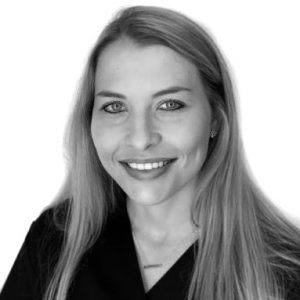 Corlene Schnetler completed her dental training at the University of Pretoria (UP), South Africa, in 2011 and later did a 4-year full time specialization degree in Oral Medicine and Periodontics also at UP, which she completed with distinction (Cum Laude) in 2017. During her time as a clinical registrar she was a facilitator of numerous implantology courses held at UP. In 2018 she became a fellow of the International Team of Implantology (ITI) and she is part of the Leadership committee of the ITI in South Africa her focus area being the Young ITI. A research article by Corlene was published in the February 2018 edition of the Journal of Implant Dentistry. She has lectured internationally at the Women in Implant Dentistry Summit in Malta, March 2019 and at the Local ITI congress in South Africa in July 2019. A poster that she entered for the ITI Local congress was selected as co-winner for the congress. She is passionate about her profession including the various fields of periodontics, oral medicine and implantology.