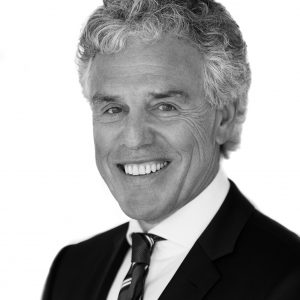 Dieter Weingart started his professional career as a dental technician and proceeded with medicine and dentistry at the Universities of Tübingen and Freiburg, Germany. In 1985 he started to carry out maxillo-facial surgery at the University Hospital in Freiburg . His PhD thesis on dental implants and bone grafts was completed in 1992. From 1992 till 1996 he worked as a professor and vice director at the University Hospital of Münster, Germany. Since 1996 he has been the Chairman of the Department of Oral, Maxillo and Facial Plastic Surgery at the Katharinenhospital in Stuttgart, Germany. Professor Weingart has been an ITI Fellow since 1989. In 1992 he was the first winner of the André Schroeder Research Prize. He has served on the Development Committee and the Education Committee. In 1999, as the ITI Education Delegate, he introduced annual ITI Fellow meetings in Germany. He organized the German ITI Congress which is normally held every other year in Cologne. He was Chair of the ITI Section Germany until 2005 and was President pf the ITI from 2005 until 2009. He was made an Honorary Fellow of the ITI in 2012.